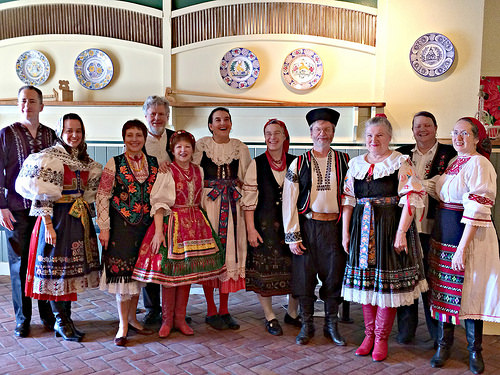 What’s the difference between a Czech and a Slovak? This is not a joke! It could be but for now it is a question for you to think about.

Generally speaking the Czechs, who live in the ‘heart of Europe’, are culturally assertive, more dynamic and are mostly atheist. Their men more ‘cunning’. Having formerly lived under Austrian rule they are regarded as rational good administrators. They look to Germany as a role model, preferring to distance themselves from Eastern Europe.

The Slovaks who had been a part of the Hungarian Empire are regarded as more friendly, proud of their nationality, and are more hospitable. Slovaks are more temperamental, mostly Catholic and are regarded as more romantic. Slovak men are more aggressive. It is said that Slovak women are the most beautiful in the world. They are certainly more beautiful than Czech women.

Czechs have a different mind set and different habits to Slovaks. Czechs like to regard themselves as more superior than Slovaks. This of course is absolute rubbish as both are equal. But it is known the Czechs like to look down on the Slovaks as the poorer class. Czechs are a bit snobbish about their Slovak neighbours...